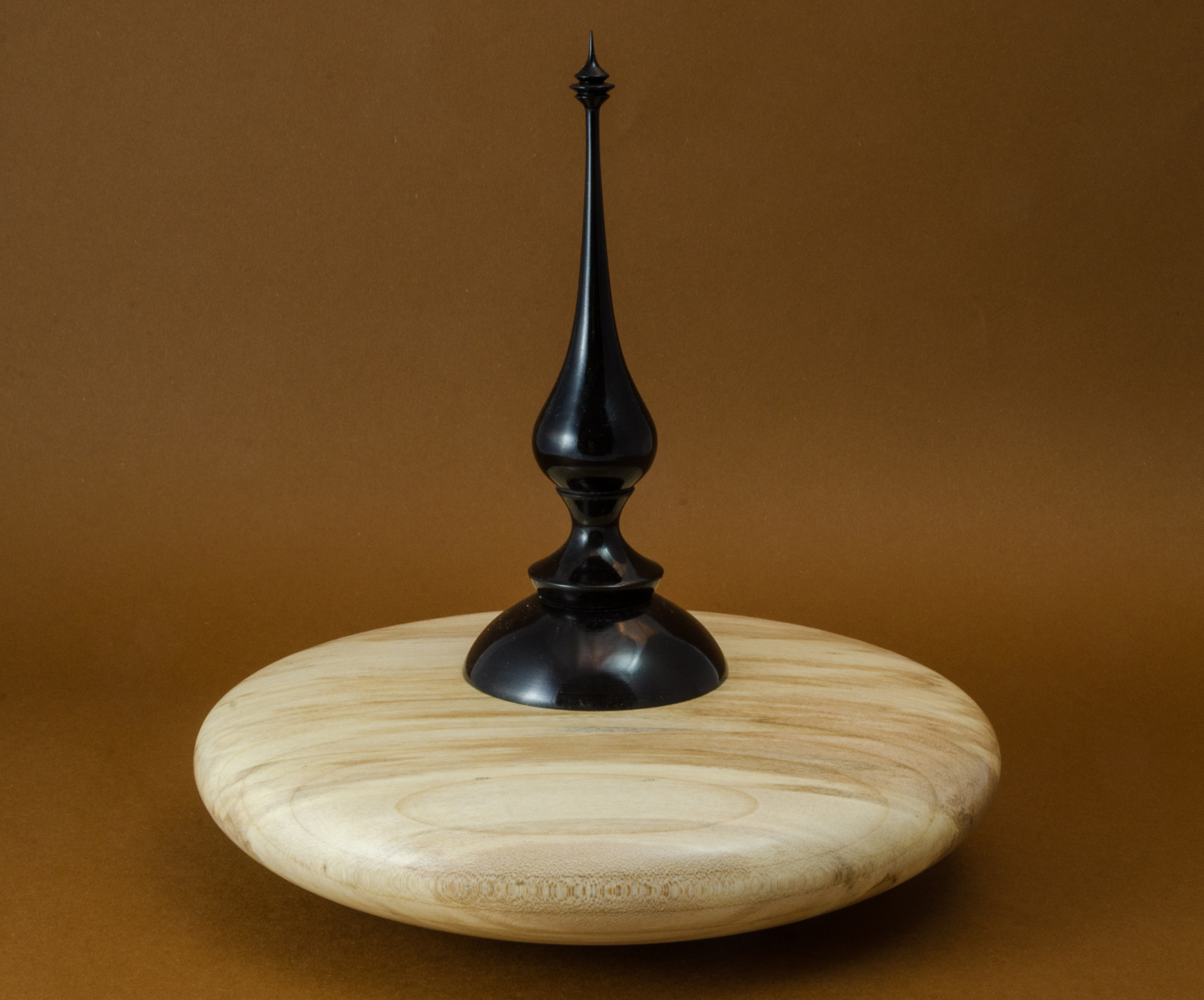 This category holds items that have no functional purpose, they are meant as decorative items only. 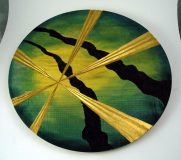 The Colour Of Magic

The inspiration for this piece came from, you guessed it, Terry Pratchett. However, initially this was meant to be "The Light Fantastic".  The more I pondered over the details, the more it became clear to me that this was not the correct title [...]

This is a partially hollowed disc made from a sycamore crotch, carved and coloured. When I turned this form, some cracks started to appear in the crotch figure. I left them to dry out a little and then decided to carve them away. That's when I [...] 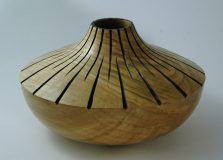 I had this lying rough-turned in the workshop for several months before I figured out what to do with it. I think it was worth the wait. The shape is somewhat reminiscent of pottery made by Native Americans, but I don't recall seeing similar c [...] This is a large hollow form from rippled sycamore. The outer surface has been burnished to a glass-like finish. A proper statement piece for an entrance hall. 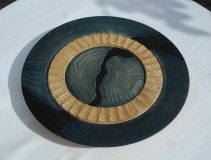 This is a moderately large wall hanging piece, approx. 400mm diameter. When I first started using my new, much larger, workshop, I turned this piece in celebration of the new found space, without any idea where it was going to end up. The basi [...]

This hollow form is made from a piece of laburnum in side grain. The creamy yellow bit at the top is actually the sapwood of the laburnum, that's the bit that is right underneath the bark. This piece was turned and hollowed out, and then carv [...]

Here we have a box made entirely from exotic hardwoods, which is rather exceptional for me. The box itself is made from zebrano, and the finial is african blackwood. The stand is sapele, and the long, elegant ornamental handle is made from wen [...] A winged box made from walnut and maple. This is a classic shape for wood turners, who regard boxes like this as a "must do" to show they have acquired the necessary skills. It is rather tricky to turn, but also very rewarding. For the end us [...]

I made a similar vase a short while ago, and it sold very quickly. By then, I had already decided that I liked the idea with a wooden dot and a shaped lip, so this one was already in the making, and let's hope it will find an owner as quick as [...] 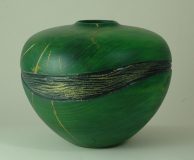 This is a a dragon's egg, right at the moment before the beast springs into life. Already it's cracking and the dragons golden fire shines through the green egg. Can you see it? A piece of cedar, transformed into a thing of beauty, through ca [...]