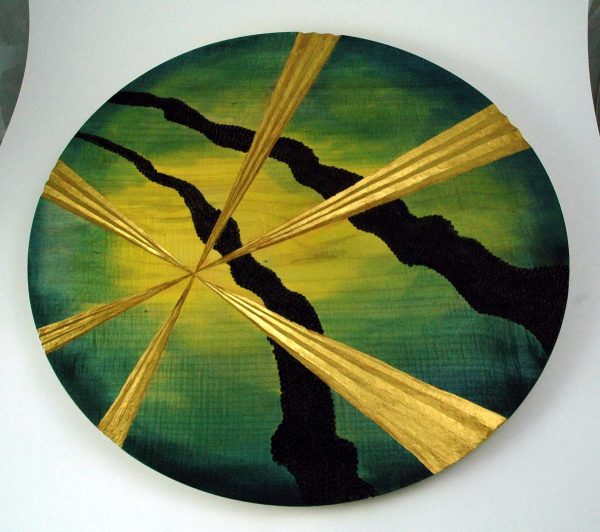 The inspiration for this piece came from, you guessed it, Terry Pratchett. However, initially this was meant to be “The Light Fantastic”.  The more I pondered over the details, the more it became clear to me that this was not the correct title, and so it was renamed.

It’s a large disc made from a single piece of rippled sycamore, carved and coloured in various ways and finished with lacquer. It comes with its own dedicated stand, but can also be used as a wall-hanging.