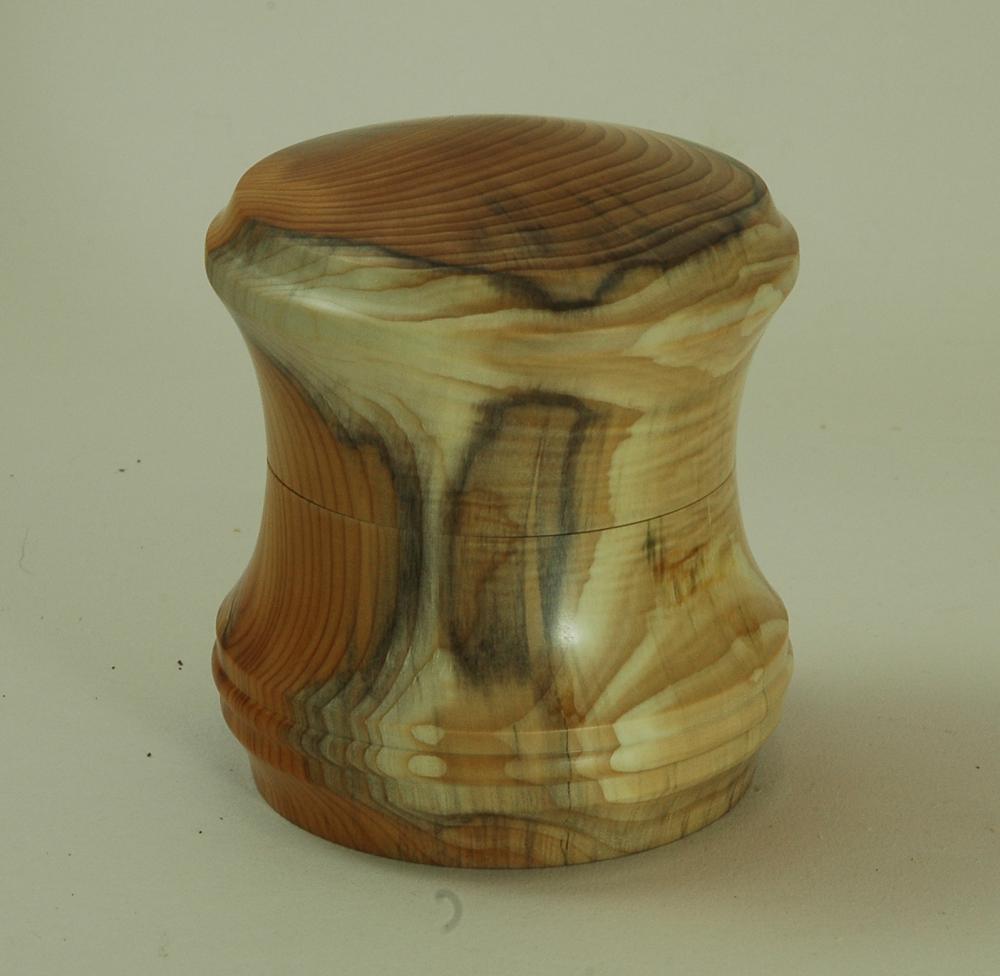 This box is made from yew, one of the quintessentially English woods, and also one capable of producing the most stunning grain patterns and colours. This particular piece comes from a bend in the yew tree, and the image shows the wrinkles in the sapwood, producing a feature seldom seen in yew.

The design is based on a box made by a Canadian turner, Steven Kennard, which he calls the “English Box”.